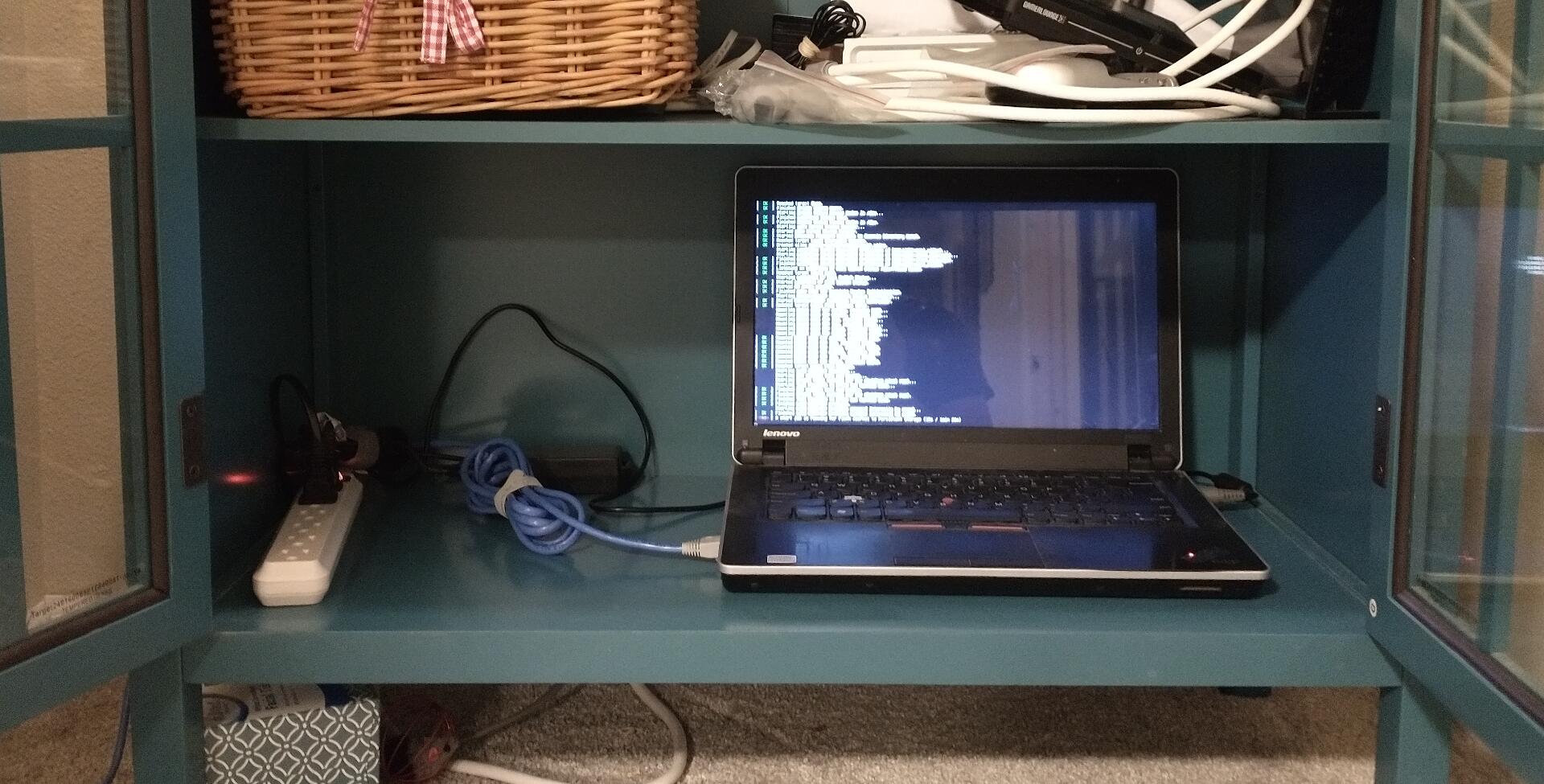 Last night I finished and installed a new web server laptop, replacing the little one that had been running this site for the past two years.

My old server was an Acer Aspire One netbook powered by a Intel Atom N270 processor with a 60GB IDE HDD and 1GB of memory, so it was a pretty low bar for an upgrade. The new machine is a Lenovo Thinkpad that my father-in-law gave me to recycle when I helped him move. This isn’t a powerhouse, but it vastly outperforms the old machine and will easily handle my website.

In my opinion, laptops make great web servers. They have all of the following things going for them:

It is important to disable the WiFi card to save energy. Since it was not easy to remove the card from this machine, I just disabled it in software. The WiFi card will still draw a small amount of power, but not much.

Laptops do not generally have hardware RAID support on-board, but, with modern CPUs, software RAID is probably almost as good as hardware RAID on consumer hardware. Typically, laptops do have two SATA ports that can used to achieve software RAID1: the hard drive bay and the optical drive bay.

These drive caddies are a great cheap upgrade. They do not always interface very well, which is why the face plate of this one is held on with glue and the drive is kept level by a piece of cardboard.

As I was setting up this new machine, I touched the old one and the CPU fan immediately started to seize, so it seems like this hardware swap was just in the nick of time.

Published in Computers, Electronics, Reconstruction and Repair and Software